Number of titles, rotations, everything you need to know about the manufacture of in-store radios

How many titles in an in-store radio? 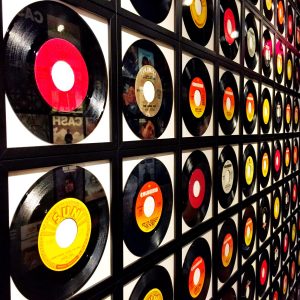 The question seems to call for a simple answer: as much as possible. in-store radio This may be a response to online music leaders such as Spotify or Apple Music, who can boast tens of millions of songs.

But it is not the number of titles available on the online platform that is important, but rather how many titles will be distributed in the point of sale.

Considering that the average duration of a song is around 3 minutes and 30 seconds, this gives us 17.14 songs per hour.

Most points of sale are open to the public between 10 and 13 hours a day, which corresponds to a range of 171 to 222 titles per day. 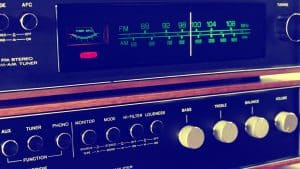 Not necessarily, when you listen to the programming of a major FM radio station, you hear some songs several times during the day, for example NRJ and artist Calvin Harris by doing the following research: http://www.nrj.fr/chansons-diffusees?artist=CALVIN%20HARRIS

For the day of November 16, 2018, Calvin Harris and Sam Smith's "Promise" title was broadcast no less than 26 times, and if each title were broadcast as many times, it would only take 9 unique titles to make up a one-day playlist on a brand radio station... This would obviously be abominable for the staff, not necessarily for the clientele, because a series of 9 titles of 3:30 minutes corresponds to a total duration of 31:30 minutes, which exceeds the duration of customer visits in most stores.

This small calculation allows us to draw several conclusions: 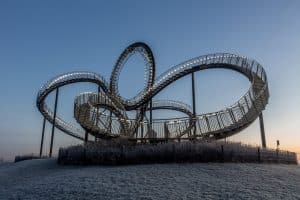 Another way is to create always identical rotations, for example a "folk medium" track followed by a "soul medium" track followed by an "alternative rock medium" track and so on, but such rotations end up being perceived and causing sales force fatigue, unless the rotation is on 50 different tracks, the disadvantage in this case is that it is almost impossible to create a brand radio that corresponds to a marketing brief or brand positioning, because linking 50 different styles is more like

It is therefore necessary to find a balance between well-designed rotations, with a few anchor titles that will be repeated from time to time, during the day for some, during the week for others.

The question then arises as to how many titles can be played several times on the same day, and how many times each, and it is generally considered that in a well constructed in-store radio, there can be between 3 and 8 titles during the day that will be repeated with a maximum of 3 repetitions.

In particular, if the radio must contain hits of the moment, then these will be repeated more frequently.

The following paragraph contains a series of calculations, if you don't like arithmetic, skip to the next paragraph! If we stay in the general case, we have between 9 and 24 songs used by our 3 to 8 tracks, if we take the two highest calculations - 222 tracks for 12 hours of broadcasting, including 24 broadcasts, that leaves us 198 unique tracks and 8 tracks that will be repeated. 198 tracks, some of them will have to be repeated during the week, again for the same reason: to create a recognizable musical landscape. 10% of the tracks, or 20 songs, can be estimated to be repeated. For a week containing between 1200 and 1500 tracks, it is between

In other words, to be able to broadcast 1 million songs would require a store that opens 12 hours a day, 7 days a week, 12 months a year, a total duration of 14 years.

When a platform boasts that it has millions of titles, it means only one thing: the titles have not been sorted.

Harmonize titles between them, the secret of a quality in-store radio

To create a quality in-store radio you have to arrange the titles between them, according to the brand of course but also according to the "radio" rules, i.e. making sure that the chosen titles will go together and compose a pleasant musical landscape.

This is why companies that provide quality in-store radios offer a maximum of a few tens of thousands of titles, rarely more than a hundred thousand - at least per country, because it is true that the titles broadcast in France, Spain or the United Kingdom are not all the same: among these tens of thousands of titles, the person or persons responsible for composing the radio for your brand will have to develop a musical landscape that includes a certain number of anchor repetitions, and a certain number of unique titles; since it is not useful that radio is immensely different from one week to another - only the order in which titles pass must change

A lot to satisfy the staff, the brand's objectives and above all the customers who will be delighted to find an in-store radio with a recognizable personality.