Which player to choose? 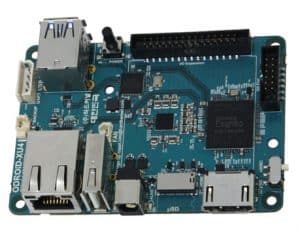 Digital signage But there are quantities of players, with price ranges from a few tens of euros to several hundred euros, which players to choose?

What does a player contain, at least?

Then come the optional but often necessary modules

The role of power

In reality, dynamic display players are nothing more than small computers, so the price difference between players is explained by the "hardware": the more powerful the machine, the more expensive it is.

As it is a matter of broadcasting video, the card will have to refresh the screen at a certain frequency, as you probably know, the cinema is filmed at 24 frames per second (fps, frame per second in English), the NTSC display frequency traditionally used in broadcast TV is 29.97 fps, but professional digital signage commonly uses 60 FPS. Imagine the video card's processing capacity, which must manage all these pixels 60 times per second!

If your digital signage player is not up to the task, you won't be able to display the content... A professional player can decode two 4K video streams on the fly at the same time without failing, which is not the case for small players.

The importance of cooling

Other considerations come into play, for example cooling. Most players are "fanless", i. e. without a fan, which has the advantage of eliminating fan noise, increasing service life (no moving parts, no fouling due to dust) and reducing the size of the player, so heat dissipation is naturally achieved by the housing construction.

Some go very far in the concept, such as French society Innès which markets players (such as the DMB 400 shown opposite) made of a kind of cast iron, a heavy material but ideal for heat dissipation and therefore very suitable for difficult environments that require perfect performance.  This is an important subject, because a player that heats up will turn off, which is why consumer players are not suitable for digital signage: when a screen has to broadcast content 8 to 10 hours a day every day, 365 days a year or so, you need hardware designed for this purpose, especially since the content is energy consuming, as we have seen above.

The choice of the player therefore depends in part on the content you will broadcast.

Be careful, experience shows that players around 100 euros generally do not last more than a year; either the machine breaks down or it is the power supply unit that fries.

Do the right calculation

When we do the calculation, the pro player sold for 350 euros is guaranteed 2 to 3 years and its real lifetime is at least 4 to 5 years (in the case of Innes players for example it is much more: some players have been in place for 10 years with some of our customers, and they have never stopped working!)

In the case of a 100 euro player that breaks down every year, we have a cost of 500 euros, or 200 euros less, so on paper it is better to take a cheap player, but this quick calculation does not take into account the probabilities. in reality on the ground, we see that pro players only rarely break down. so when you invest 350 euros in a player you have peace of mind over several years.  On the other hand, it can be seen that cheap players frequently break down.

The importance of the time spent

In addition, there are other elements to consider: when a player breaks down, it takes a few days before it is replaced, so a black screen is never a good thing in digital signage. 5 to 7 days on average before replacement for a cheap player, 3 to 4 days for a pro player. multiply this by the number of breakdowns and you get 8 days of interruption for the pro player in 5 years, against 35 days for the entry level player. moreover, if your store uses several players, they do not break down

Which operating system (OS) to choose?

Android, Chrome OS, Mac OS, Windows, Linux... There are a large number of digital signage software programs running on several platforms, others are linked to a single platform, most often Android.  There are actually no major advantages to choosing one OS over another. digital signage software vendors generally make hardware recommendations from machines they have tested. Ecoutons Pour Voir is quite agnostic because the solutions we offer run on different systems.

What about the Raspberry PI?

The Raspberry Pi is a small platform with multiple possibilities, initially designed for hobbyists and used by a number of companies in their digital signage proposals, but we do not offer these players because they are not powerful enough to meet our customers' needs.

As proof, the manufacturer HardKernel, whose Odroid players are used by digital signage CMS providers such as the American EnplugFor example, on Unixbench: Double-Precision Whetstone (x3) the Raspberry gets a score of 1113 : the C1+ is 1.7 times better, the C2 is 2.8 times better and the XU4 is 5.5 times better.

Raspberry is a very good platform, but we prefer to use suppliers whose main business is digital signage, the purchase cost is not everything, it is the TCO (total cost of ownership) that must make the difference, and in our experience the TCO of players like Raspberry Pi is not favourable.

Which brands to recommend?

At Ecoutons Pour Voir we recommend the Innes, Qbic, Iadea, Minix, Brightsign and Navori brands, we also appreciate the Android players integrated into the displays of some manufacturers like NEC, consult us for a proposal on players adapted to your needs.